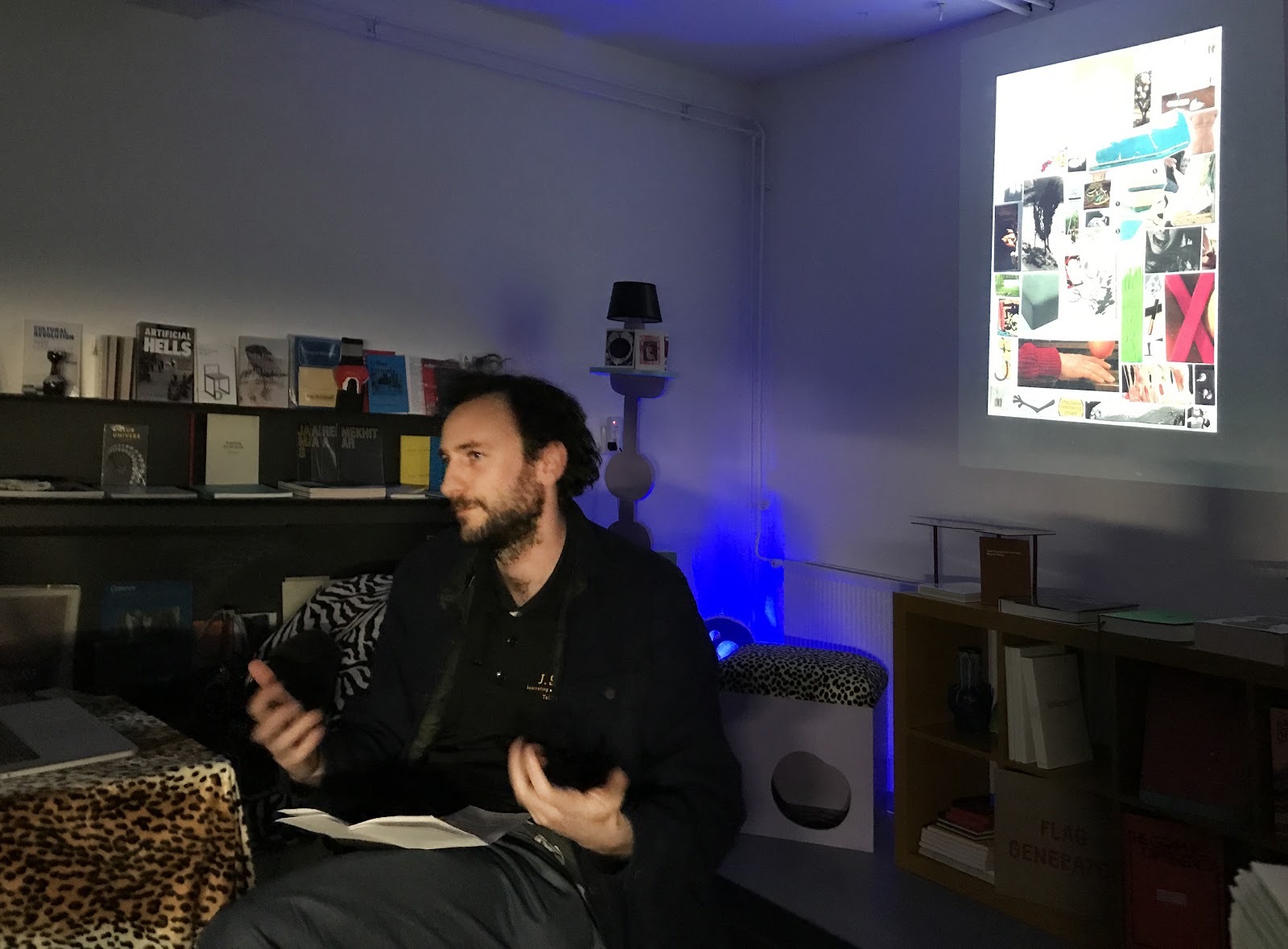 Page Not Found is happy to invite you for our first event in 2019 to a talk by Kim David Bots. The event will be open-ended; a talk about past publications, publications he is currently working on and other more peripherally related material.

Within his practice, Kim David Bots uses drawing and collecting to generate and amass large amounts of material. This material forms the basis for most of his work. Recently Kim has been using this approach to create spatial arrangements that blur the distinction between work, archival material and found objects. These arrangements are overtly narrative, meandering between humorous, caricatural and melodramatic. In this context, publications are used to test, redirect and form ideas. The publication Kim is currently making is a collection of snippets that were accumulated over the course of two years. During his event at Page Not Found, Kim will talk about this publication in connection to his practice.

Kim David Bots (1988) lives and works in the Hague and is part of artist initiative Billytown. He graduated from the HKU in 2012 and has been part of numerous group- and solo-exhibitions, among which at Kunstfort bij Vijfhuizen, Stroom in The Hague and Wiels in Brussels. In 2012 he was awarded with the Piet Bakker Prize and most recently in 2017 he was nominated for the Royal Award for Modern Painting.