Evita Vasiljeva: If You Can’t, Engage. 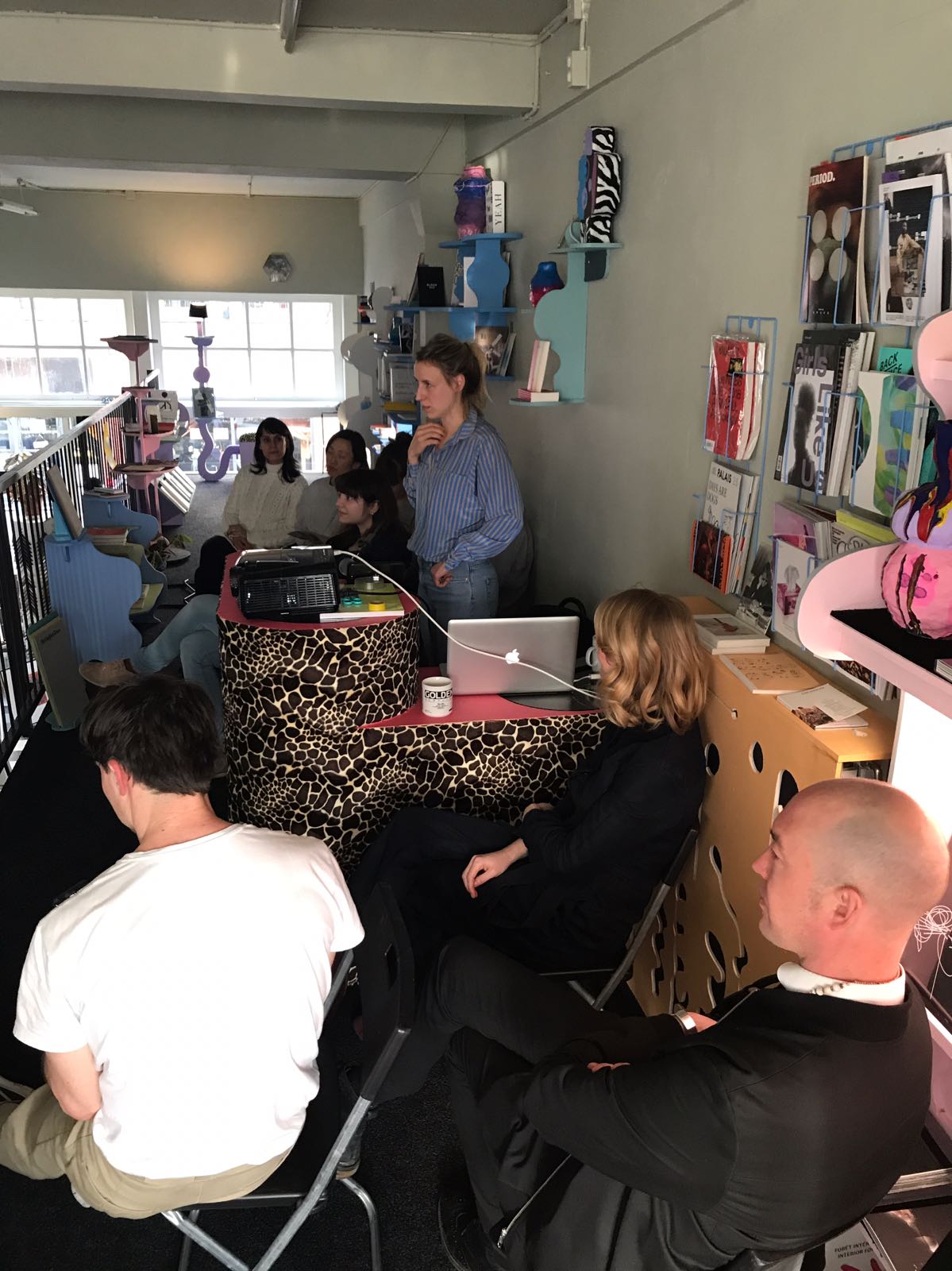 Page Not Found was delighted to host a talk by Evita Vasiljeva about her publication “If You Can’t, Engage”. She introduced the way how she worked on this book as a sculpture, together with designer Mislav Žugaj. For this project, she says, “Photoshop was my studio, toolbox and exhibition space”. This talk will also delve into the physicality of the book-medium. Evita explored the tension between producing a defined, serialised object, as mandated by book publishing, and creating uncertain, dismantled forms, to which her practice tends to.

Evita Vasiljeva (1985, Riga, LV) lives and works in Amsterdam and Riga. In 2013 she graduated from the Gerrit Rietveld Academie and, from 2014 to 2016, she was artist-in-residence at De Ateliers in Amsterdam. Recent solo shows include “Manhours in Headquarters”, P/////AKT, Amsterdam (NL); “Gut House on The Print Level”, kim?, Contemporary Art Centre, Riga (LV); Nothing Lost, Nothing Found, gallery 427, Riga (LV); and “Potlatch”, De Ateliers end show, Amsterdam (NL).

Mislav Žugaj is a designer, teacher and medical student. He often  works with Gaile Pranckunaite as Sprawl, which investigates climate change, and the use of design as ethnographic tool.