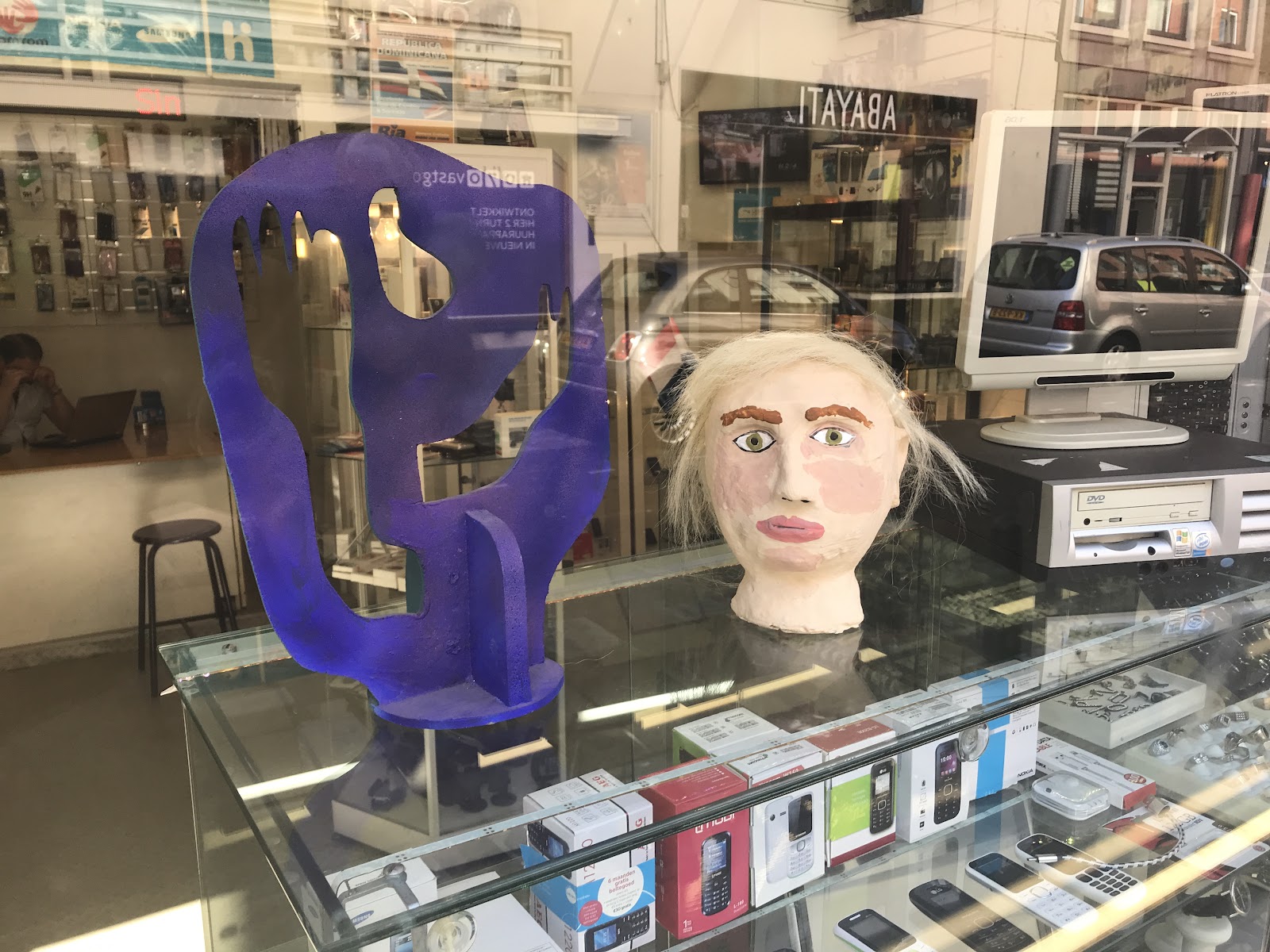 During The Hague Contemporary Weekend, and to celebrate his Gesamtkunstwerk in Page Not Found, Helgi Thorsson took over the whole street where our foundation is located. He judiciously placed works — his signature ceramics and paintings — in various shop vitrines of the Boekhorststraat, be it of a carpet shop, a computer outlet, or a frame maker. For the passerby, Helgi’s work might stand out incongruously in its vitrine, especially given its strong, humorous personality. But shop after shop, these works form a community — the community of the odd ones. This installation hints at the social bonds in the street, and celebrates its heterogeneity, in a colorful and generous gesture that characterizes Helgi’s practice.

Thórsson (b. 1975 Iceland) is a visual and sound artist. He studied Sonology at The Royal Conservatoire in The Hague, received his BFA from the Gerrit Rietveld Academy in 2002 and an MFA from the Sandberg Institute in 2004. Thórsson was part of the artist initiative Kunstschlager in Reykjavik and ABC Klubhuis in Antwerp. As well as having handled his brush and chisel for the past decades, Thórsson is a member of the bands Stilluppsteypa and Evil Madness.

Exhibition in Boekhorststraat is on view July 6 through July 8.