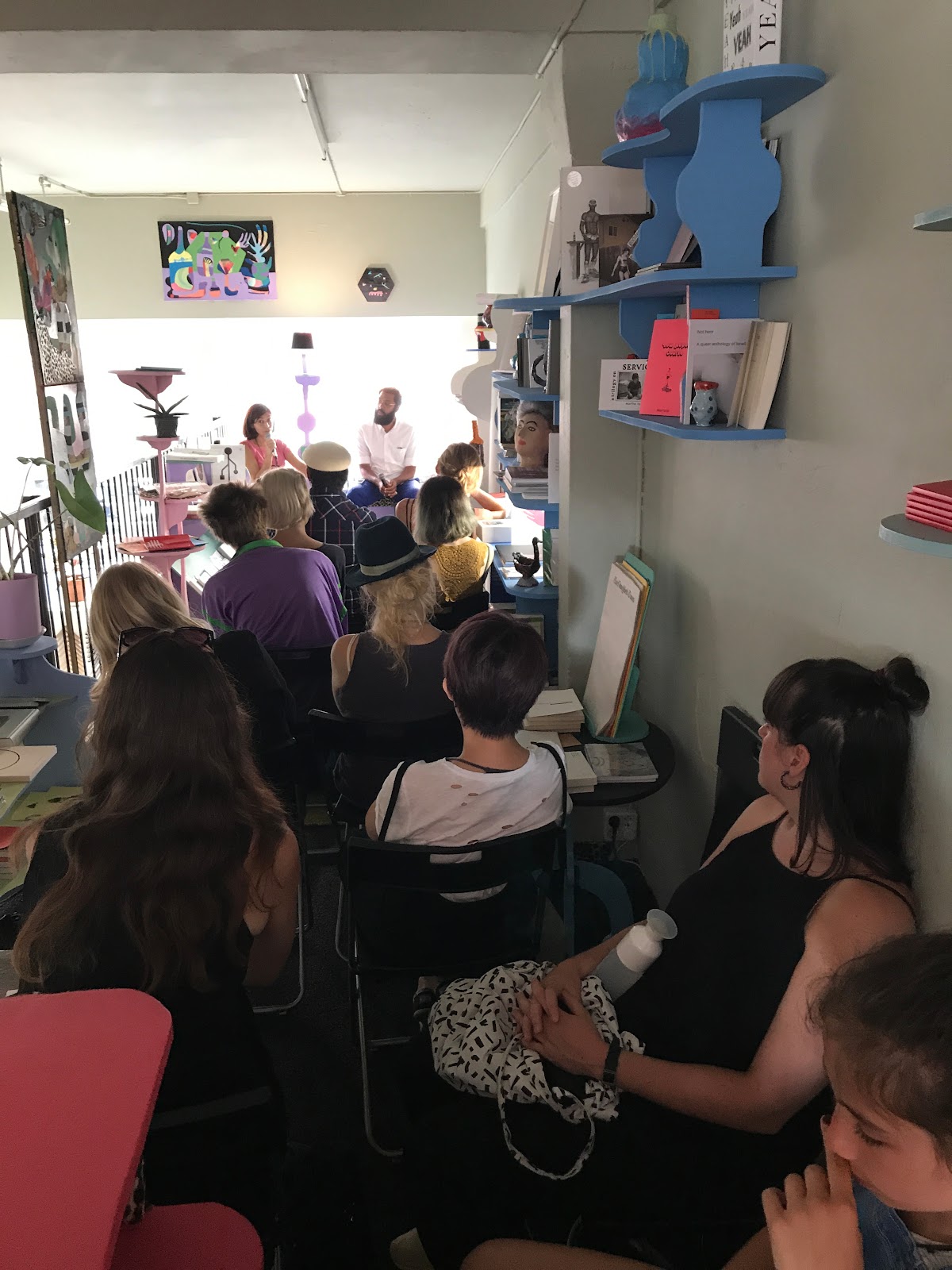 During the The Hague Contemporary Weekend 2018 (July 6-8) a series of artist talks took place at various museums, art spaces and galleries. Page Not Found was delighted to invite its audience to a conversation between Aimée Zito Lema and Vincent van Velsen, around her publication ‘Imprinted Mater/Materia Impresa’. The discussion was followed by a performance of her creation, where two dancers, mother and daughter, playfully explored the relationship between body and memory.

Visual artist Aimée Zito Lema (born in Amsterdam, 1982, grew up in Buenos Aires) investigates the way events are remembered, recorded, and how they influence the future. She studied at the University of the Arts, Buenos Aires, The Gerrit Rietveld Academy, Amsterdam, and followed the Master Artistic Research program of the Royal Academy in The Hague (2009 – 2011). She attended the Artist-in-residency program at the Rijksakademie Amsterdam, 2015 – 2016. Salient projects include: Solo exhibition ’13 Shots’ at the Gulbenkian Museum, Lisbon (2018), Idiorritmias and Muestreo #1, both at MACBA Barcelona (2017), Eleventh Gwangju Biennale, The Dorothea von Stetten Award exhibition at the Kunstmuseum Bonn (2016), ‘L’art de la Révolte – Hors Pistes’ at Centre Pompidou Paris (2016), the long-term-research project ‘Body at Work’, at Casco, office for art design and theory, Utrecht (2013 – 2014).

Vincent van Velsen (1987) is a writer, critic and curator with a background in art and architectural history. He regularly writes for individual artists, institutions and magazines; amongst which Frieze, Flash Art and Metropolis M – where he also holds a position as contributing editor. He curated exhibitions for Castrum Peregrini, Framer Framed, Kunsthuis SYB and Museum Flehite, among others. In collaboration with Alix de Massiac, he won the second edition of the curatorial prize of the Dutch Association of Corporate Collections (VBCN, 2014). In 2015/16 he was a resident at the Jan van Eyck Academy, Maastricht. Currently he is working on forthcoming exhibitions for TENT, Nest, and De Brakke Grond. Van Velsen is a board member at Frontier Imaginaries and De Appel.

The publication ‘Imprinted Mater/Materia Impresa’ has been initiated and published by Looiersgracht 60, at the occasion of Aimée’s first major institutional exhibition in the Netherlands. As well as being a non-profit exhibition space, Looiersgracht 60 is an independent publishing house, regularly producing limited-edition paperbacks to accompany its exhibition programme. Each volume is a bespoke, limited edition pocket book, designed by the London-based Studio Veronica Ditting. The collections of essays by specialist writers from a variety of cultural, creative and academic backgrounds furnish each book with a multidisciplinary and integrative context that underpins the featured artist’s work. The books are a supplement to their exhibitions, while also being an autonomous interpretation of the artist’s oeuvre.