The Oceans Academy Of Arts: Workshops for Children

Page Not Found hosted series of Sunday workshops for children, which were choreographed by The Oceans Academy of Arts. The Oceans Academy Of Arts (OAOA), founded by Ola Vasiljeva, is an anonymous and hybrid art collective, which functions as a platform for ideas about art, culture and their representation thereof. As part of OAOA, Vasiljeva has been annually publishing zines and other printed matter since 2008. This way publishing became an important part of her creative practice. OAOA’s printed matter varies between zines, small silkscreen editions, newspapers, letters, posters and other ephemera.

Children, aged 4-8, were invited to join and participate in making books, prints and imaginary barricades. The workshops questioned what one might call a book or a publication, whether it could be a letter or a napkin or a collection of notes. The participants experimented with silkscreen, risograph and carbon paper prints. 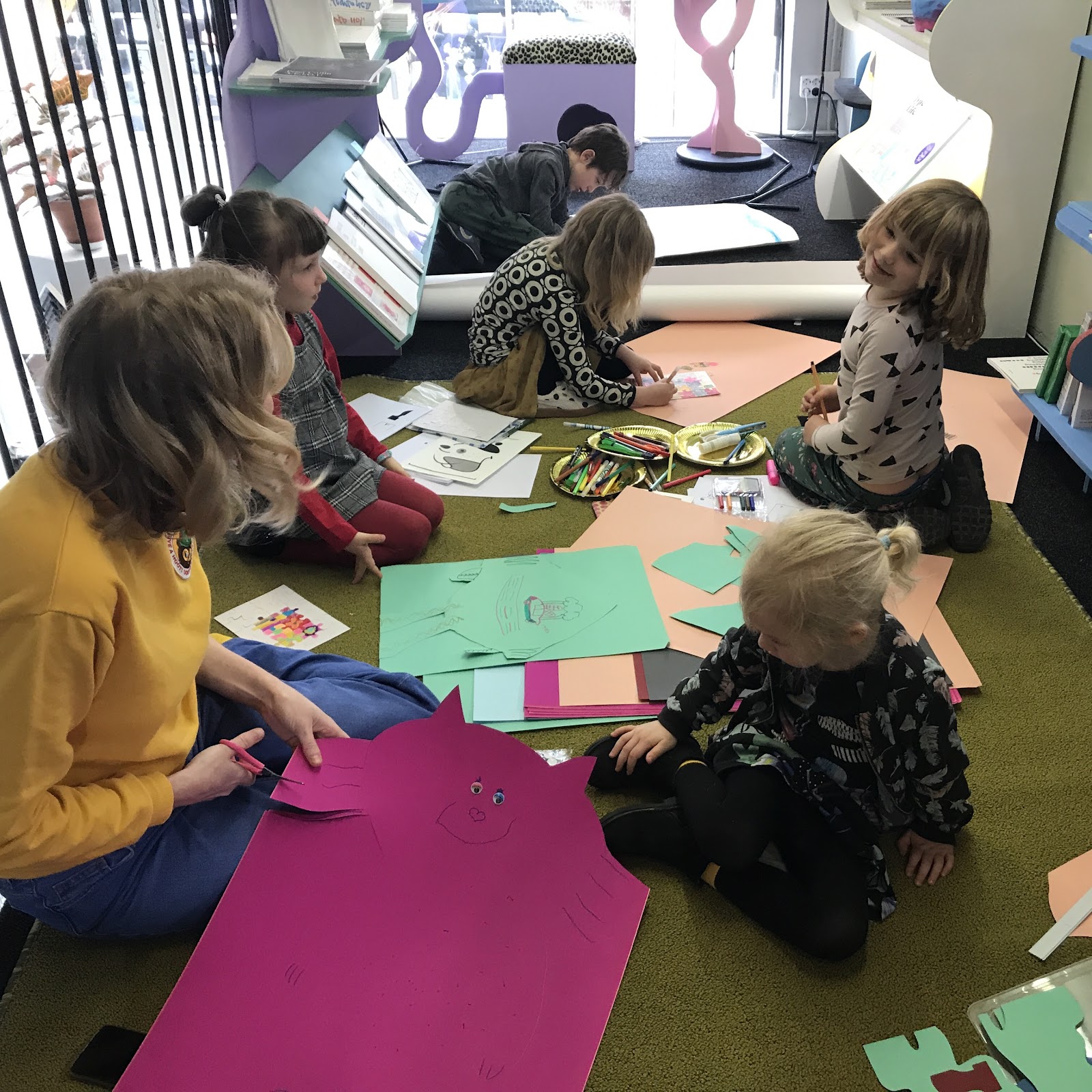